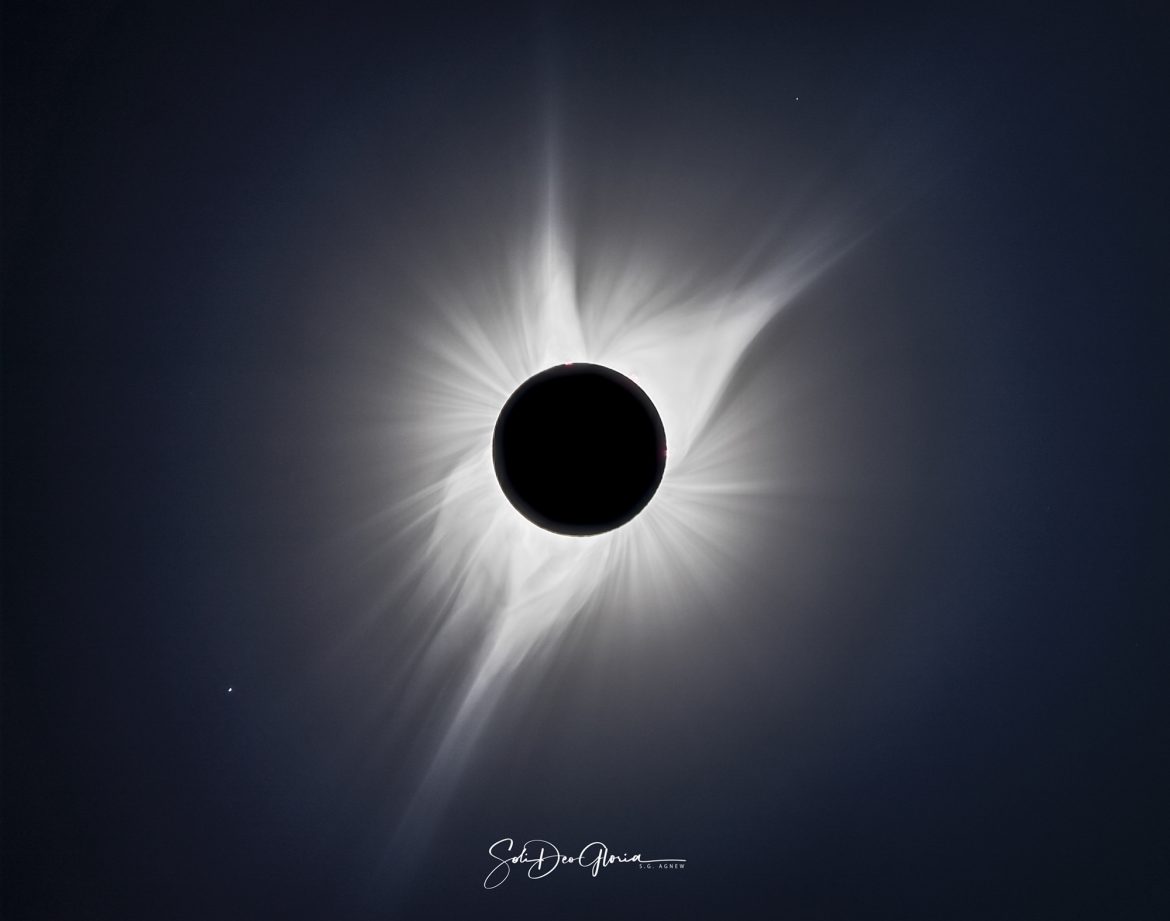 Back in part 1 of how I shot the 2017 Great American Eclipse, I walked you through how to choose a target location to shoot or view tan eclipse. Well now that we know how to find out where to shoot a total solar eclipse, the next little conundrum that we need to figure out is what camera to use as well as lenses, intervalometers, solar filters, material for solar filters, yada yada yada.

Horcrux #2: How do I choose the equipment I use?!?

These questions and others will drive the equipment that you buy, but instead of guiding you through what equipment to buy how about I selfishly just tell you what equipment I used? Haha all in the service of making this post as short as possible, of course. Equipment guides tend to be ridiculously long.

Now I’m a huge fan of Sony’s Alpha mirrorless cameras and I already owned a Sony A7SII, so my camera choice was pretty much already decided. But why was the Sony A7SII a good choice anyway? Well one thing to keep in mind when shooting the eclipse is that with the sun blocked you’re practically shooting at night, and so your camera’s ability shoot in low light is very important. It just so happens that my Sony A7SII was the best low-light camera on the market at the time, so I was in a very good position to capture as much sunlight as I could during the eclipse. This means that I didn’t need a high megapixel count, so the 12MP (UGH!!) of A7SII was more than good enough.

However, I also wanted to capture the landscape with the eclipse in the background, so I rented the high megapixel camera A7RII in order to catch as much detail as I could of the eclipse from being so far away. This second camera would prove to be a failed attempt to shoot the eclipse landscape, but more on that later!

Lenses to choose! So I wanted a close up and a wide shot, that pretty much narrows down the type of lenses I needed but it didn’t tell me everything. Now the key is that with an eclipse you’ll have very little light since the sun will be blocked, as a result any lenses that you choose to use will need to have a low aperture number such as f/4 or lower. For those not initiated into f-stop numbers, the aperture of a lens is an opening that controls how much light hits the camera’s image sensor.

Now with that detail covered, for photographing total solar eclipses you want as large of an aperture as possible to gather the most amount of light because you’re practically shooting at night when the eclipse hits totality. Because of that, when choosing a lens you want one that has an f-stop of f/4 or lower. Thankfully I already owned a high-end Zeiss Batis 18mm lens that had an f-stop of f/2.8—excellent for low light photography. My 18mm lens was going to be used for the landscape photograph because of it’s wide angle to capture the landscape. The second lens to acquire for my shoot? That’s not as straight forward.

In order to capture a close up of the phases of the eclipse I needed a zoom lens that zoomed longer than normal zoom lenses, but just how long would I need? I did some digging and ideally you wold have a 1,000mm zoom lens, but holey metal Batman those are a fortune! What I ended up doing is renting a 400mm zoom lens with an f/4 aperture.

What image settings do you choose?

Now you only have a couple of minutes max to shoot the eclipse so how do you know which exposure settings to choose? How do you settle on the ISO, exposure, and other settings or how exactly you want your eclipse photos to look? Well you can guesstimate the settings and shoot one photo at a time, but you run the risk of over exposing or underexposing the image.

Then what’s the solution??

The solution to guessing the settings for one photo is to setup your camera to shooting 9 photos at once, each of the 9 photos being a slightly different exposure. What this allows you to do is cover the wide range of potential eclipse exposures and sit back to relax and enjoy the eclipse. But how do you do this? Well you have to hook up an intervalometer to your camera in order to control the shutter of the camera. Then you just do some testing, changing the bracket settings in your camera and taking shots until you get the results shown below for all 9 photos.

“Yeah but what do you do with these photos??”

Fair question, I’ll touch base with that in the post about processing your eclipse photos. But until then, shooting in bracketed mode with the above settings will give you the most flexibility when shooting the total solar eclipse.

Now this is the tricky part, friends. With as much time as you’ll be pointing your camera at the sun, how do you protect the camera’s image sensor from melting like that dude in Robocop? In case none of you knew, you can’t expose your camera’s image sensor to the sun for more than a few seconds without damaging it. Your camera’s sensor is designed after your own eye, now imagine opening your eyes when looking directly at the sun. It hurts, right? That’s exactly what your camera sensor feels. Because of this sensitivity you have to cover your camera lens with a solar filter in order to photograph the sun. In fact, some jack wagons didn’t protect their cameras from the 75,000 lumens of photons that the sun shot into the image sensors, damaging the cameras they rented and having to pay thousands of dollars in order to repair or replace them. BAD IDEA. So pay attention closely to this part of the post, because it’s critical.

There are several routes you can go with solar filters, with different filter materials giving you different image results. First there’s white light solar filters that allow you to see sunspots, giving the sun a yellowish glow. These white light filters are made out of black polymer and are pretty neat looking If you’re making an eclipse time lapse then I think they can look a little weird since you’ll have all of these yellow phases of the eclipse and then a big white totality eclipse in the middle. But hey, that’s just me.

The next option that you have is to use a hydrogen-alpha solar filter. These solar filters only transmit one specific wavelength of light, the deep red color of light emitted by hydrogen atoms with a wavelength of 656.3 nm. They’re used to view details of the sun such as solar flares and the patterns created on the surface of the sun by the sun’s electromagnetic field. They’re also a lot more expensive, but you get some amazing shots of the sun that can be used for science or just for your own collection.

The final option for solar filters is to buy Baader film and make your own solar lens filter. I actually like this a lot more because it’s a lot cheaper and you can control the quality of your solar filter. It’s really easy to make as well, although it’s a bit time consuming.

Now how do you make the solar lens filter once you have all of the material? Well you pretty much just need thin sheets of cardboard, super glue, wood glue, and the Baader film. I’ve been wanting to put together a YouTube video to show y’all how to make it, but there’s a Scottish dude that made a good video too so I’ll just post his. It’s a bit long-winded of a video but it’s very useful.

Once you get all of your equipment together, don’t forget to bring your laptop with you if you’re shooting on location so that you can edit photos while on the road. I ended up spending the night at Denny’s in Wyoming editing my photos, and had fun messaging a couple of friends to have the first look at my photos. Take extra batteries as well!

With all of that said and done, here was my hardware setup before the eclipse testing my equipment and on location!

In “Part 3” we’ll look at “Horcrux 3” and others: the trip all together up until the eclipse, processing the photos you shoot, and post-eclipse celebrations. I’ll also share the other reason I drove out to Wyoming, to shoot the Milky Way arching over Devils Tower. I planned that shot months in advance using a star charting program. Oh but more details on another day!